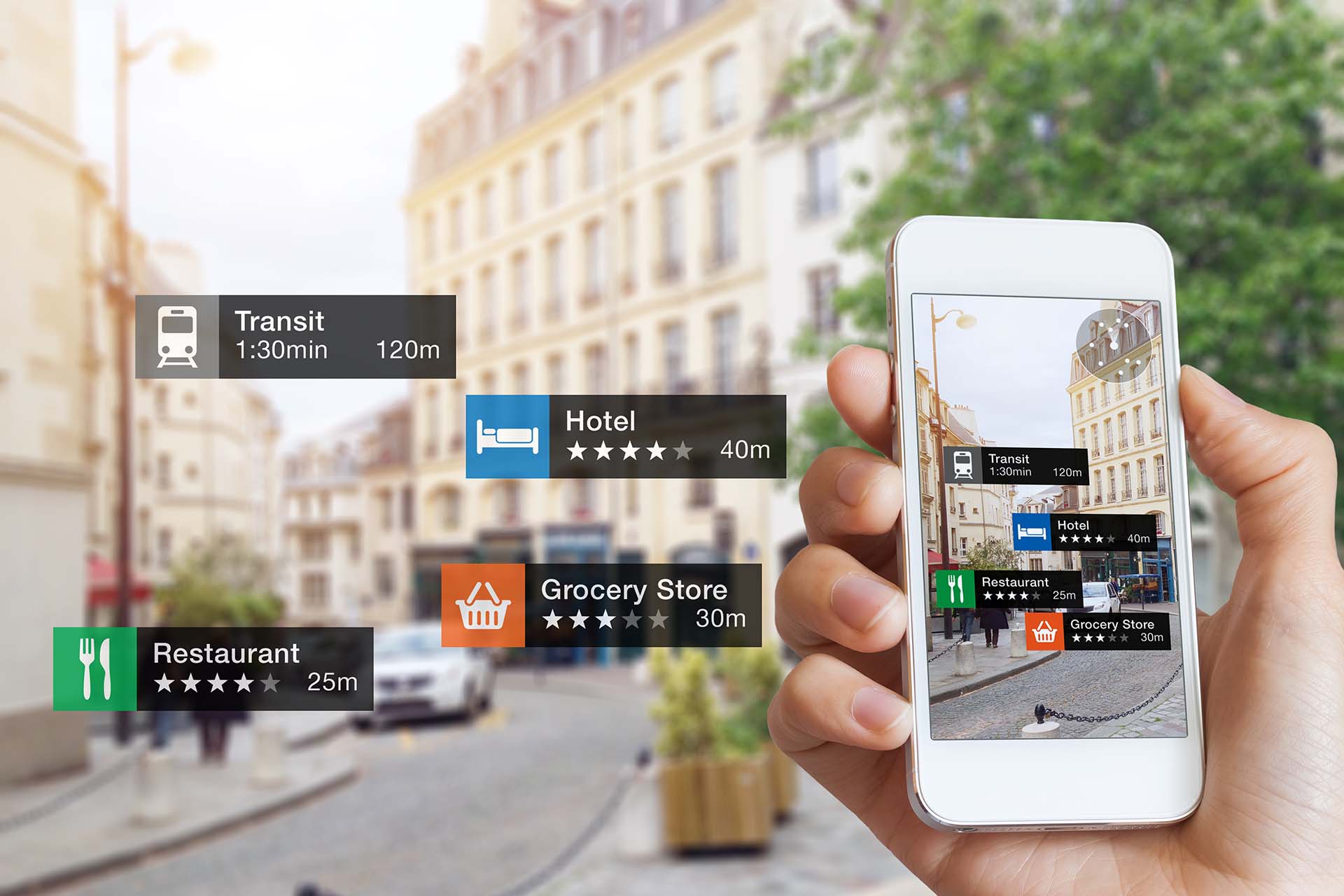 Augmented reality: What is it & how will it affect telecommunications?

Technology presents itself in almost all aspects of our daily lives. From asking Alexa about the weather before you leave for work, to using ApplePay to complete a purchase at a local retailer, technology is constantly evolving to meet the needs of society.

In 2016 the world was introduced to Pokémon Go, an app that allowed users to collect virtual Pokémon on their phones while walking around in their physical environment. This app relied on Augmented Reality (AR) to create a unique experience for its users and ultimately jumpstarted a conversation about the mass-adoption of AR and its implications on future technologies.

Since then, AR has been finding its niche in a variety of different markets – education, sports & fitness, gaming, productivity, and more. While shopping for furniture on the IKEA app, a new homeowner can use their smartphone to virtually place a piece of furniture into their home to see exactly how the piece would look once purchased. A pre-med student studying the skull can use AR to look at the anatomy of the skull on a grander scale, moving it with their tablet’s screen to see how all the pieces fit together. AR is here to stay and will begin to find its own place across many different industries.

So, what exactly is Augmented Reality? AR is a technology that superimposes a computer-generated image on a user’s view of the real world, creating a composite of the virtual and physical together in one frame. AR engages three of the user’s five senses – sight, hearing, and touch – creating a partially virtual experience. It doesn’t require goggles to create the experience (like Virtual Reality, or VR), meaning it’s not completely immersive.

Without even realizing it, you may already possess a device geared towards augmented reality, as most tablets and smartphones today include AR functionality. By 2022, the amount of AR devices will equate to almost half of the population with projections estimating nearly 3.4 billion devices will be in use across the world. The number of devices in play, along with the demand and consumption of AR content, will directly affect the broadband community’s ability to keep up.

The AR Strain on Broadband Networks

As the technology landscape changes, our broadband networks must grow and evolve to support it. This idea stretches beyond just internet access and includes bandwidth – the demand for bandwidth, reducing bandwidth cost, and engineering bandwidth to handle the ever-growing traffic impeding the connections. Maintaining bandwidth connections also involves understanding the data that is traversing them. Is the user streaming video, scrolling on social media, or gaming? Understanding and using this knowledge to make data-driven decisions has become vital to daily operations of communications service providers.

As the technology changes, so will the broadband industry’s focus. AR targets not only the need for optimal bandwidth but also network latency, or the amount of delay between when information is sent, and when it is received. The need for low latency in our internet connections and applications is vital to the continued adoption of AR; high latency will cause users to feel a sense of delay between what they’re doing and the experience on the screen.  Ultimately, the ability to get data to the user as quickly as possible will drive network operations over the coming years. One tactic for achieving this is edge computing, which reduces latency by bringing data storage and processing as close as possible to the users instead of in centralized locations. Edge computing creates better support for real time apps, creating an optimal experience for those using AR technology.

While AR hasn’t become mainstream in telecom operations yet, there are quite a few scenarios in which AR could help improve the experiences communications service providers and their staff can deliver to their customers.

Imagine being a member of a field sales team, using AR to gain information on the businesses along a street or fiber route you’re targeting. By simply holding up your phone, you could see the name of each business, along with the owner, annual revenue, and connections. Having this information easily visible would allow a sales executive to create a tailored pitch to companies who fit a target profile rather than being limited to cold-calling with a generic message.

Field technicians repairing fiber could use AR software to visualize the splice diagram before ever opening a box in the field. Being able to see where the issues are would allow a tech to create a proactive plan of action instead of a reactive one. As technology grows and changes to meet the needs of society, AR will most certainly find its way to the telecom space to create applications that assist in delivering top-notch customer service.

The Future of Augmented Reality

The traces of AR are only beginning to formulate in mainstream society. As the years pass, our broadband networks grow to fit our needs, with technology in turn adapting to changing networks. AR has already proven that it is here to stay. From chasing Pokémon around your city to seeing a buried fiber cable before picking up a shovel, this is only the beginning for AR.